A successful, cost-effective application of a Machine Vision system is often dependent on the interplay of many individual elements, including machine vision lighting.  As much as an Light Emitting Diode (LED) appears to be a basic electronic component, driving it in a fashion suitable for machine vision applications is non-trivial.

LED’s have become the staple in industrial imaging applications in which consistent illumination is key.  In order to achieve constant illumination and synchronization with cameras, controllers from Gardasoft should be utilized.

Gardasoft is the world leader in
LED lighting controllers for over 15 years.
Various controllers from single to
8 channel with advanced controls are available.
Click here now for all Gardasoft controller specifications

Why use a LED Lighting Controller?

LED Light Controllers are an essential element of any vision system which needs to optimize illumination intensity and precision trigger sequencing between vision cameras and lights. The following are the main areas where you will benefit from the use of an LED light controller:

Overdriving
Where you require increased intensity from your LED light for a short, defined, period of time (with up to 10x over driving capability)

Remote configuration changes
For systems where it is advantageous to have remote setting of lighting system parameters – eg: to facilitate efficient set-up during system commissioning 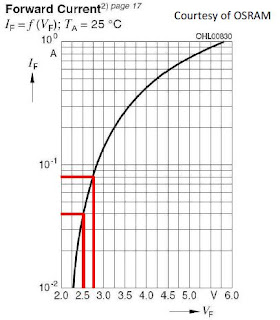 LEDs are current driven devices.  While LED Lights are specified as either 12V or 24V lights, the actual LEDs are semiconductor devices whose light output is a direct result of the current through the device, not the voltage.

As seen in the diagram to the right, small changes in forward voltage (Vf),greatly change current ( If )

Gardasoft LED controllers regulate the current, not the voltage, so that light output is stable, tightly controlled and highly repeatable.

Controlling the current allows for precise control of the LED light output, with an additional   benefit to users looking to overdrive their lights to increase light output.


There are many advantages of accurate pulsing and over driving LED’s.  However it is also extremely important to ensure LEDs are over driven safely to ensure long life and not catastrophic failure.

In this white paper, the following topics are covered: 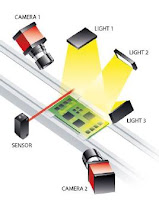 1st Vision has over 100 years of combined experience in industrial imaging and has a resident lighting expert on hand.

Contact us for pricing on all Gardasoft controllers and suggestions on your vision and lighting application.