Key advantages to a Telecentric lens are constant magnification, no perspective error and very low distortion

1st Vision can specify the right telecentric lens for your application!   –    Contact us!

How do these advantages help in application?

Telecentric lenses can provide constant magnification, and not influenced by varying lens to object distances. 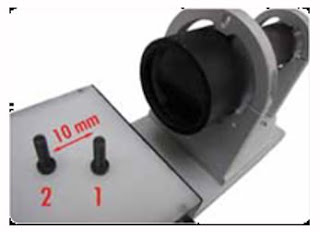 Example: The image to the right shows 2 screws in which the 2nd screw is 10mm further away from screw 1 when viewed from the Telcentric lens in the setup. 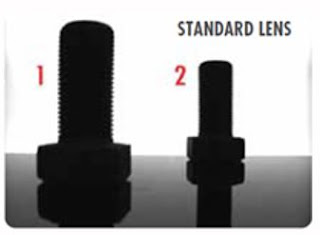 Using a standard lens, screw #1 which is closer will appear to be larger 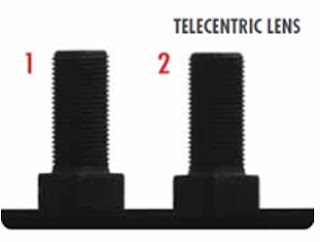 Using a Telecentric lens, the screws look the same size and not influenced by the lens to object distance.


This is very helpful in applications to ensure accurate measurements negating any deviations from part placement. 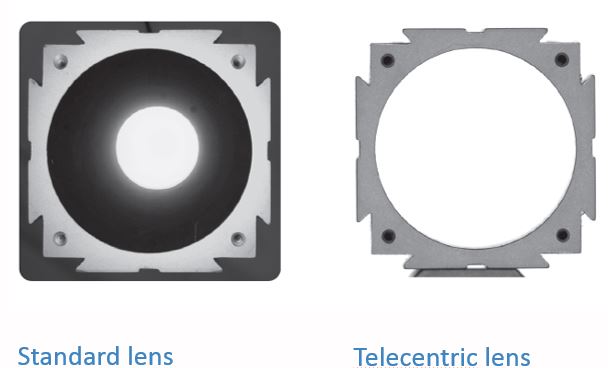 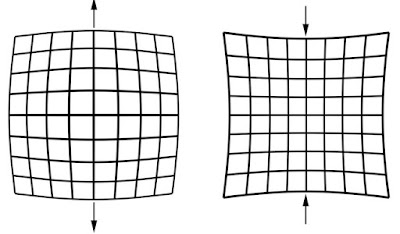 In barrel distortion, image magnification decreases with distance from the optical axis. This is common in fish-eye lenses.

In pincushion distortion, image magnification increases with the distance from the optical axis.

How can it get any better!  – Use Collimated light!

Telecentric lenses provide a high level of accuracy, but when coupled with a collimated light source, edge definition is increased.

Diffused backlights can generate unwanted boarder effects and create a “fake” image of the edge of a part.  Collimated backlights allow only parallel rays to pass by objects.  This setup would be setup like the diagram below.

The result is very crisp edge definition as seen in the images below.  The left image is using a standard backlight in which light “wraps” around the cap.  The right images use a collimated back light providing excellent edge definition.

Contact 1st Vision to help specify the right telecentric lens and lighting for your application!
View full specifications for Telecentric lenses
Images courteously of Opto Engineering!1st Vision has extensive knowledge in industrial imaging and can help answer any questions.  We have over 100 years of combined knowledge and look forward to discussing your application.

Please do not hesitate to Contact us!  1st Vision can provide a complete solution including cameras, lenses, lighting and cables.